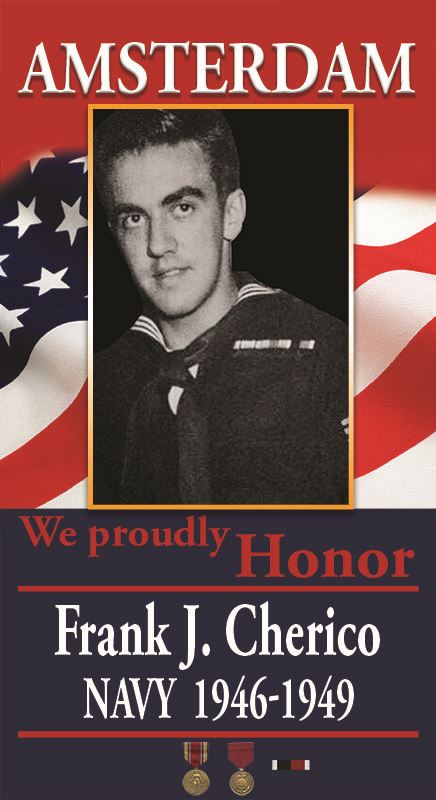 Frank J. Cherico was the son of Joseph and Mary Cherico. He served three years in the U.S. Navy. After his service on May 13th, 1951 he married Fredolyn Morin Cherico and they had four children, Barbara, Bobby, Karen, and Sharon. Frank also had several grandchildren, great-grandchildren, and one great-great-grandchild. Frank passed on March 16, 2003.

Early in Frank's career, he worked in the auto parts industry and then he served many years as a welder with General Electric until his retirement in January 1991. He enjoyed hunting and fishing, both watching and reading westerns; but most of all spending time with his family. Frank was a wonderful dad and an awesome grandpa!

Frank was very proud of his service in the United States Navy. He loved traveling the world and seeing different countries and he especially loved serving his country.

A special thanks to his granddaughter Ashli Kateri and his daughter Karen for making this banner possible!