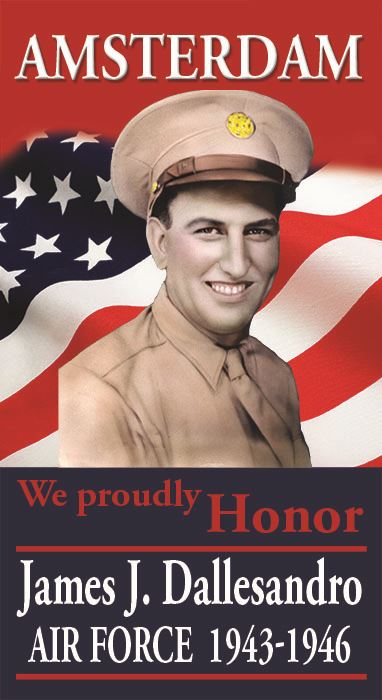 Jim was born, raised, and educated in Amsterdam, NY. He enlisted into the United States Army Air Corps on July 2, 1943. He served as a Corporal in the Asiatic-Pacific for 22 months with the 11th Fighter Squadron 343rd Fighter Group. Jim was sent to training at the Aberdeen Proving Ground in Maryland and studied to be an Aircraft Armorer. He was stationed at Adak Island, in the Aleutian Islands where he loaded, cleaned, and maintained guns on the aircraft and loaded planes with rockets and bombs. He was awarded the Asiatic-Pacific Service Medal, Good Conduct Medal, and WWII Victory Medal. The military also saw fit to utilize his other talent, his ability to sing. Jim gave many renditions as a vocal accompanist for the popular army band. He was honorably discharged on January 18, 1946. He returned to Amsterdam and resumed his employment at ALCO (America Locomotive Company) in Schenectady NY.