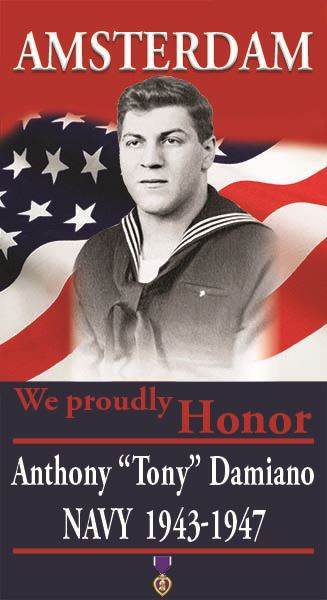 Anthony Tony was born in Little Falls, New York on May 29, 1923, to Nicola and Elizabeth Damiano and later moved to Gloversville, then Amsterdam. He enlisted in the United States Navy in 1943 and was stationed in Okinawa and Iwo Jima for a great deal of time. He became a medic and was then recommended for the Marines where he continued his strong skills. Tony was injured on May 18, 1945, when a tank blew up and he sustained shrapnel to his back. He was awarded a purple heart and later returned to active duty. Following the military, he met his true love, Isabella Rose Marcellino, as they were in their friends' wedding together. They married on April 20, 1952, and raised 3 children. Tony enjoyed golfing, bowling, and mostly bocce with family and friends.