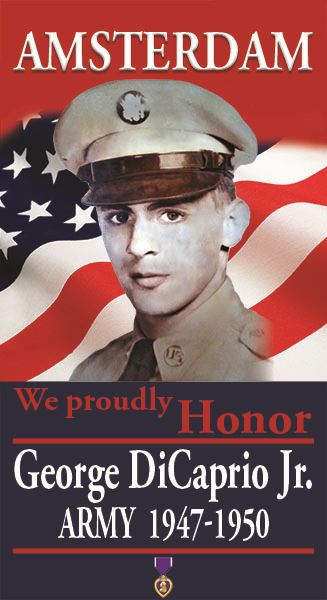 George D. DiCaprio was born in Amsterdam on November 16, 1926, and had seven sisters and one brother. George attended Wilbur Lynch High School and then enlisted in the Army as a Private First Class in the Corp of Engineers. On the 19th of September 1950 in South Korea, George was seriously wounded in action by a missile. George returned to Amsterdam and married Margaret Zumbolo. They had three children Elizabeth, Mark, and Jill.