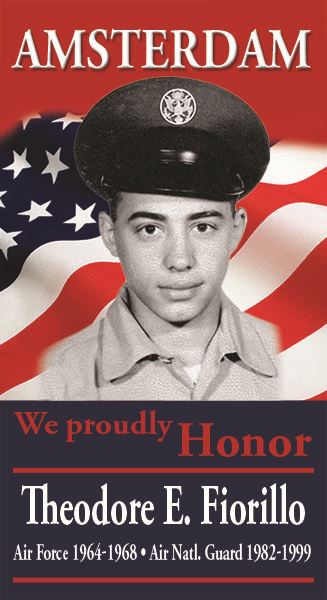 Theodore E. Fiorillo was a lifelong resident of Amsterdam. He was the first born of 10 siblings on May 26, 1945. He was a graduate of Wilbur H. Lynch High School in 1964. Following High School, he enlisted with the Air Force. Serving from 1964 to 1968, he was stationed throughout the world including Turkey, Great Britain, and France as a Military Police Officer. Upon his honorable discharge, he then enlisted in the Air National Guard in 1982. He continued in the Guard until his retirement in 1999 at the rank of Tech Sergeant. Theodore also had a lengthy career with the New York State Department of Tax and Finance which he also retired from. He was an avid reader and enjoyed astronomy and philosophy. He also enjoyed a good poker or rummy game with family and friends. Theodore passed away on July 26, 2016.