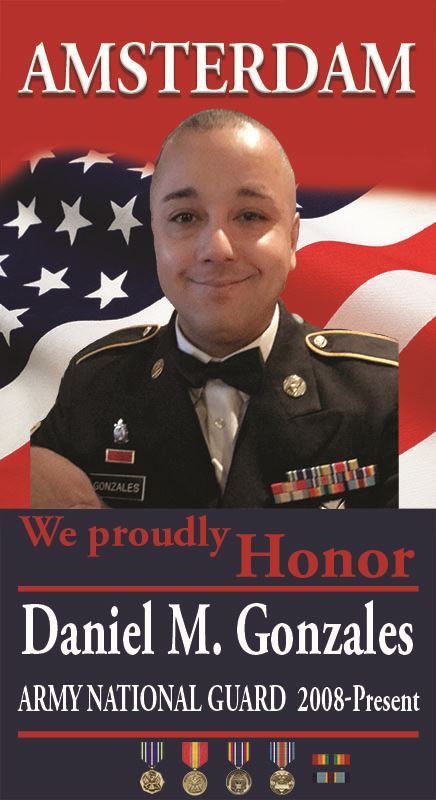 Sgt. Daniel M. Gonzales was born in Amsterdam, NY, and is the first child of Mary A. Del Santo and the late Daniel Gonzales. From a young age, Daniel always knew he wanted to defend the country. That passion only grew stronger when 9/11 hit and Daniel decided it was time for him to do his part and make a difference. In 2004 Daniel Enlisted in the Army National Guard where he completed basic training in Fort Knox, Kentucky. Soon after, his dream would come to a complete stop. Since he was the oldest child of the family, Daniel was faced with handling family matters due to his late father’s death. A handful of years later, and with much support from his family, Daniel re-enlisted in the Army national guard as a 91B. Within a couple of years of re-enlisting, Daniel got Deployed on an 11-month tour overseas to support Operation Enduring Freedom/ Operation Iraqi Freedom. From this deployment, he had received a handful of medals and honoree notations. 14 years still fueling that passion, he continues to serve our country and work for the military full time. Since his deployment, he has been deployed within the states to help and support various missions, with the most recent one being the Presidential Inauguration. Daniel resides outside of Amsterdam with his lovely wife Ashley and their beautiful daughter Gianna. Aside from the many hats he wears career-wise, he is a remarkable father, a beloved husband, a compassionate son whose father continues to look down on him and smile, a playful sibling, a generous friend, and a man that his mother is proud she raised.