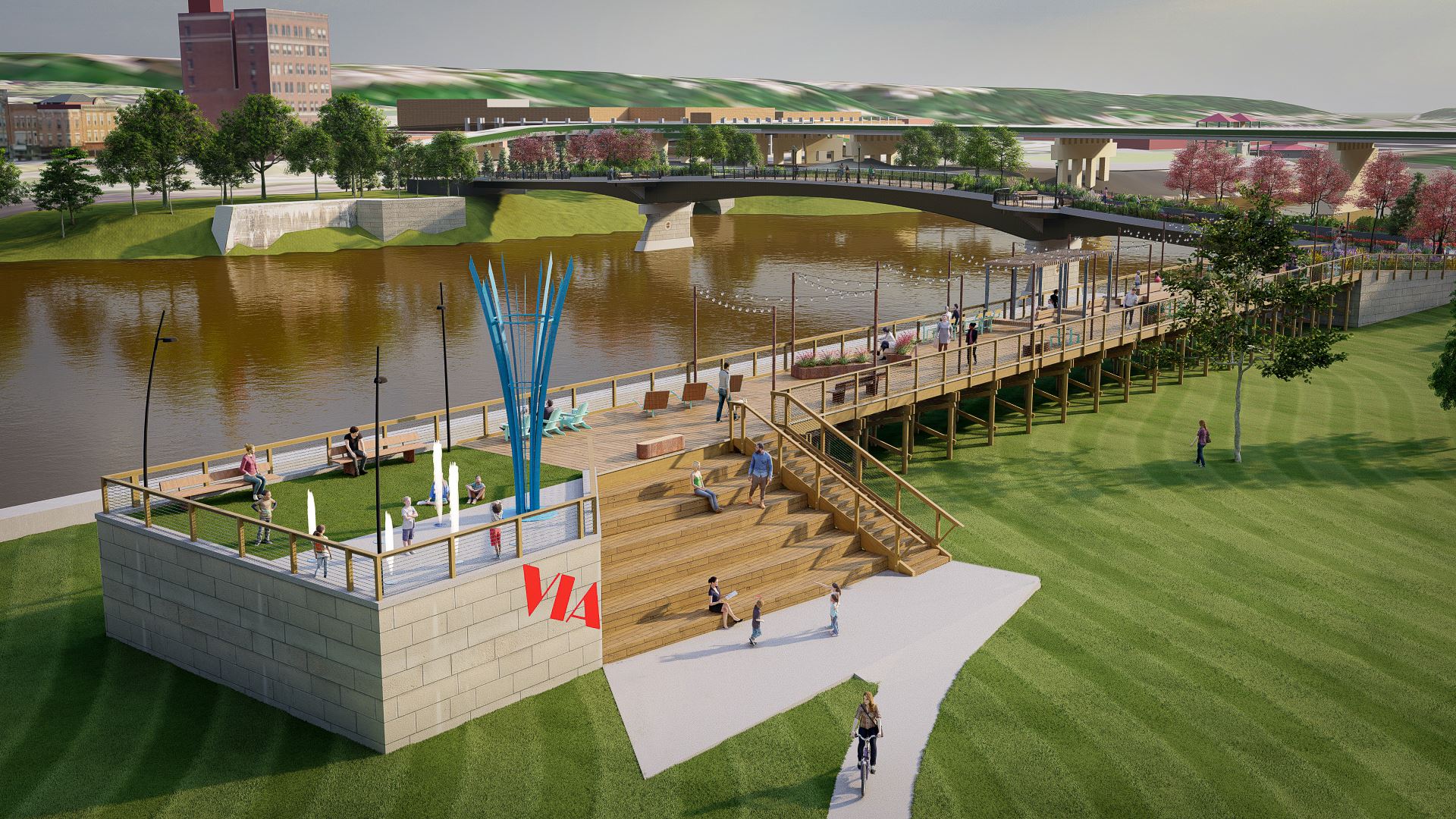 The public realm enhancements and amenities will compliment the proposed private development on the former Chalmers Mill site currently owned by the Amsterdam Industrial Development Agency (AIDA). These enhancements include streetscape, sidewalks, and civic space improvements that will create a connection between the existing public realm and proposed new development. It will also include an elevated boardwalk along the river to connect with adjacent trails and an outdoor community space and market.

The project takes existing under-utilized public right-of-way, and creates an extension of the waterfront and open space amenity, creating a safe and inviting pedestrian experience that complements proposed new development. Many people enjoy Amsterdam’s waterfront and events; this project will aid in the Southside’s overall resurgence by creating a vibrant public space for people to enjoy and serve as an amenity and standard of quality as other investments are made on the Southside.

These public realm improvements are an enhancement to the proposed private development of the former Chalmers Mill site, and specifically target those areas that are of the highest visibility from the MVGO pedestrian bridge. Ultimately, these improvements will encourage pedestrian activity along Bridge Street and vastly improve the pedestrian environment from the MVGO to the emerging restaurant and commercial venues further up the street.

The benefits of these enhancements extend beyond the former Chalmers Mill site property and will improve the setting, and hence the value of adjoining properties. These public realm improvements will extend the MVGO pedestrian bridge experience into Amsterdam’s Southside community. Greater pedestrian activity in the Southside will encourage the development of more street level restaurants and shops that will further establish this area of the City as a truly walkable, active, mixed-use community.