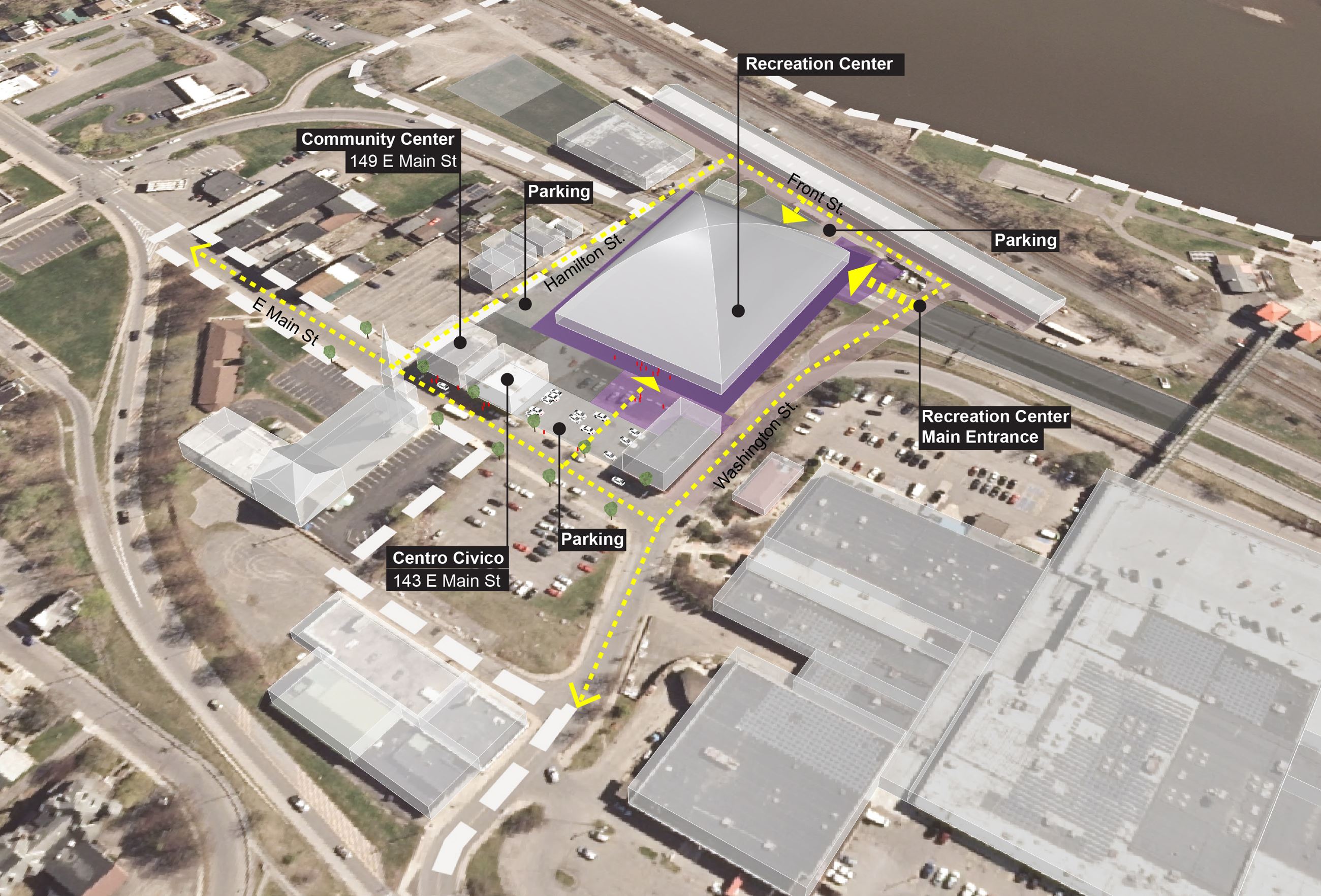 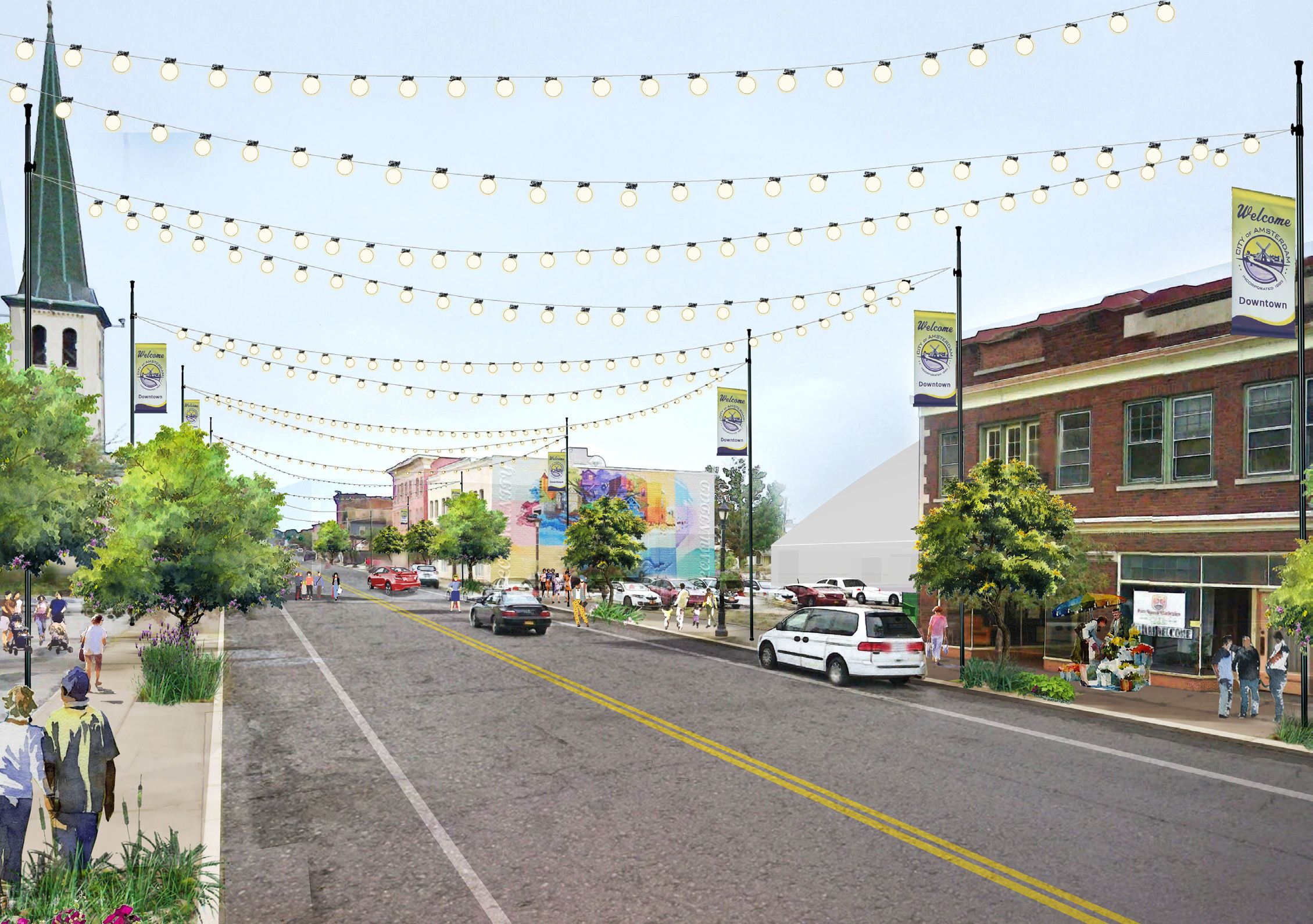 The 75,000 square foot Recreation Center will house four basketball courts, a 200 M track and a 30 x 70 yard turf field. The enclosed sports complex will be equipped to host a variety of sporting events as well as conferences and conventions. A facility of this type will not only serve residents, it will also attract tourists and bring related economic spending to Amsterdam’s downtown.

The Recreation Center constitutes an identified community need and would establish a substantial anchor to this underutilized area of the downtown. By extending across land currently occupied by NYS Route 5, the new recreation complex would bridge the gap between East Main Street and the newly created park space, and would influence the type of activity that might occur in this yet to be programmed public space.

This investment stands to establish a stronger community focus for the entire downtown and bolster the eastern portion of East Main Street, which has generally been isolated from the rest of downtown because of the presence of the Riverfront Center. The nature of this facility would draw visitors from across the region and transform this portion of East Main Street to a true destination in its own right during all seasons of the year. All these factors will dramatically change the perception of this area of the City and with increased visitation and activity to the area, should spur more private investment that could ultimately lead to infill development along East Main Street. Increased visitation and future private investment will increase property values, retail sales and improve tax returns to the City.